We are pleased to welcome you all to the Inaugural Meeting of the Neo-PRISM-C Project, to be held at the University of Cyprus New Campus, in Nicosia (Cyprus) and the Centre for Applied Neuroscience (CAN) (https://www.cancyprus.org/), on February 15-16, 2019. During the meeting, we will get to know each other, overview the Grant Period of the project and discuss in detail the Plan of Action for the first 12 months and plan our collaborative scientific and training activities. As we all look ahead to a great start and a greater project, we are looking forward to seeing you all in Cyprus hosting you in our beautiful new “Stelios Ioannou” Library and Learning Center. Please make sure that you register through the website for this wonderful event!

The information regarding the bus transfers  are available here. 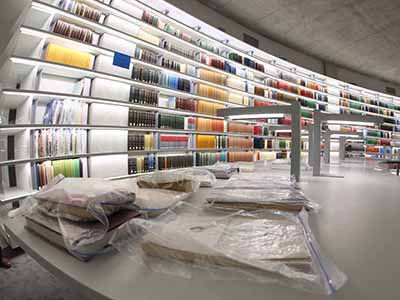 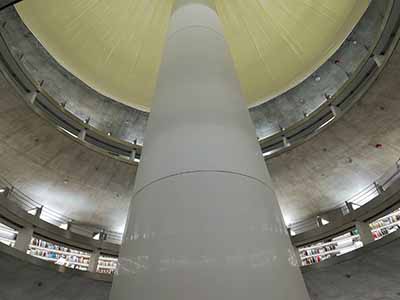 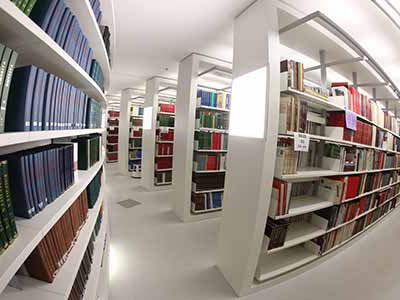 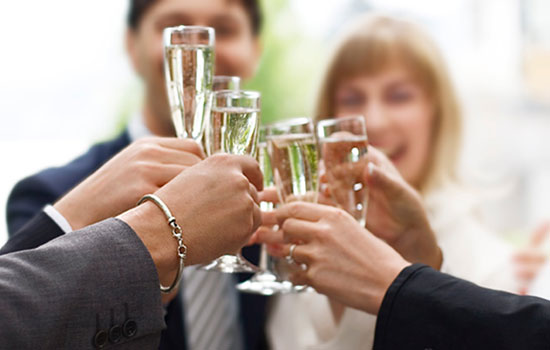 The Welcome Cocktail is the first social gathering between all delegates and it will take place at the Hilton Hotel. It will be a relaxing evening during which you will have the opportunity to talk to colleagues and peers, while enjoying local drinks and ample canapés. 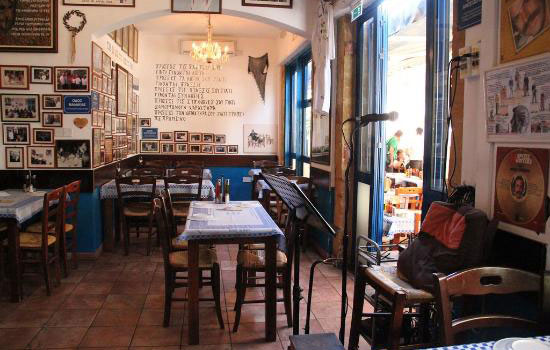 All Participants can attend the dinner on 15th of February which will take place at “Kathodon” in the old city of Nicosia and will consist of an array of traditional dishes complimented with local drinks and desserts.

Minimum participation: 15 persons is required. If excursion will not be materialized due to low participation, then participants that had originally booked and paid for the excursion, will be fully reimbursed.

Click here for the full description of the excursion.

The Organizing Committee has secured preferential rates for the Conference participants. Book your accommodation at these rates through the online registration system.

The Hilton Hotel features the Hiltonia Health Club and fitness . It offers outdoor and indoor swimming pool facilities, 4 tennis courts, a squash court, Spa area with steam bath, Jacuzzi, Sauna and beauty which allows you to treat yourself with a massage and spa treatments.

The Hilton Hotel features the Hiltonia Health Club and fitness . It offers outdoor and indoor swimming pool facilities, 4 tennis courts, a squash court, Spa area with steam bath, Jacuzzi, Sauna and beauty which allows you to treat yourself with a massage and spa treatments.

The newly built (2011) Semeli hotel offers a wide variety of facilities and services created to satisfy every need of either a business or leisure traveller. The name Semeli is derived from the Ancient Greek Mythology, and behind it comes a story of Gods, passion and love. Semeli Hotel is just 45 km from Larnaca International Airport, 145 km from Paphos International Airport and is strategically located only a few minutes away from all the major points of interest in Nicosia. Hotel services: 24 hour Front Desk, multilingual staff, daily press, laundry service, room service, free parking, baggage storage room

The Restaurant offers a high standard service, intending to satisfy our selective guests, offering an exclusive A la Carte selection of international cuisine and a well selected list of superior local and imported wines. A warm and intimate atmosphere, excellent service, and exquisite cuisine is what you will experience when you visit our Restaurant.

The Bar’s private atmosphere and unique design offers all day drinks and early dinner cocktails, a Cognac or a glass of wine. The availability of a projector and a widescreen TV creates the perfect environment for the enjoyment of major sporting and other events. You can relax at the Roof Garden

Cyprus is the third largest island in the Mediterranean, after Sicily and Sardinia, with an area of 9.251 sq. kms (3.572 sq. miles).

It is situated at the north-eastern corner of the Mediterranean, at a distance of 300 km north of Egypt. The Greek island of Rhodes lies 360 km to the north-west.

The history of Cyprus is one of the oldest recorded in the world and its historical significance is disproportionate to its small size. The first signs of civilisation date to the ninth millennium B.C. The earliest known foreign settlements on the island were mainly of Phoenicians and Greeks, with Phoenician culture dominating the island’s eastern and southern parts. As a strategic location in the Middle East, it was subsequently occupied by several major powers, including the empires of the Assyrians, Egyptians, and Persians, from whom the island was seized in 333 BC by Alexander the Great and at which point Greek culture began to dominate. Subsequent rule by Ptolemaic Egypt, the Roman Empire, the Byzantines, Arab caliphates for a short period, the French Luisignan dynasty, and the Venetians, was followed by over three centuries of Ottoman control. Cyprus was placed under British administration in 1878 until it was granted independence in 1960 and since 1974, 33% of the land of Cyprus is occupied by Turkish army.

Cyprus occupies an important role in Greek mythology being the birthplace of Aphrodite and Adonis, and home to King Cinyras, Teucer and Pygmalion.

The island figures prominently in the early history of Christianity, being the first province of Rome to be ruled by a Christian governor in the first century and providing a backdrop for stories in the New Testament.

Cyprus has a Mediterranean climate: hot, dry summers from June to September and mild, wet winters from November to March, which are separated by short Autumn and Spring seasons. Sunshine is abundant during the whole year, particularly from April to September when the daily average exceeds eleven hours. Winds are on the whole light to moderate. Gales are very infrequent and heavy storms rare.

Snow hardly falls in the lowlands and on the northern range, but is a frequent feature, every winter on ground above 1.000 metres in the Troodos range. During the coldest months it lies in considerable depth for several weeks, attracting skiers.

The food of Cyprus reflects the rich and turbulent history of the island and its indelible Greek culture. You will find tastes influenced by the Middle East, Asia Minor and the Venetians, all using fresh local ingredients, herbs and spices and olive oil. The Mediterranean diet, with its grains and pulses, sun-ripened fresh fruit and vegetables, high-protein fish, lean meat and poultry and wine, is a healthy option.

Cyprus has a long tradition in winemaking that goes back over 4,000 years. In ancient times wine was a major source of wealth for the island. The island supplied the Pharaohs of Egypt and Cyprus wines were in great demand amongst the ancient Greeks and Romans.

Commandaria is acknowledged to be the oldest wine in the world and was probably the first to be given an ‘Appellation d’Origin’(label of geographical origin). Legend says that Commandaria was originally made for Richard the Lionheart and the Crusaders. The dessert wine, which has a taste like sweet sherry, has been made using the same method for hundreds of years. The grapes are picked late, dried in the sun to enhance their sugar content and then pressed. The run-off is collected and fermented in tanks or in huge earthen ware jars. The sweet wine of Cyprus became known throughout Europe under the name Commandaria depicting its geographical origin “Commandarie” which was the name given to the land owned by the Knights Templar and later the Knights of St. John.

More general information about Cyprus can be found on the FAQ page of this website and detailed information at www.aboutcyprus.org.cy.

Nicosia is the capital of Cyprus; a status it has enjoyed for 1000 years since the 10th century, though its beginnings date back 5000 years to the Bronze Age. It lies roughly in the centre of the island in the Mesaoria Plain, flanked by the beautiful northern range of Kyrenia Mountains with its distinctive ‘Pentadaktylos’ – the five finger mountain. There are various suggestions as to the origin of the name Nicosia – or ‘Lefkosia’ In Greek – but the most likely one is linked to the popular tree, the tall ‘Lefki ‘ which once adorned the city.

Based in Nicosia are the Government head offices, Diplomatic headquarters and the cultural centre of Cyprus. The capital presents two distinct faces: the old, original part of the city, surrounded by sturdy Venetian walls over 400 years old, and a busy modern metropolis which has a population of 171.000 together with the suburbs.

Within the large area, encircled by the strong bastion walls that served to protect the town for centuries, are many places of great historic interest.

The central Eleftheria Square links old Nicosia with the elegant modern city that has flourished outside the walls, where hotels, offices restaurants and gardens blend happily with the fine old houses and colonial buildings of this cosmopolitan city.

Nicosia is a sophisticated and cosmopolitan city, rich in history and culture that combines its historic past with the amenities of a modern city. Nicosia has established itself as the island’s financial capital and its main international business centre. The ‘new’ Nicosia developed outside the walls became a contemporary, business and cultural center. Just a few miles away are enchanting places of interest such as Byzantine churches and monasteries, archaeological sites and charming villages. The uniqueness of such a combination makes the capital of Cyprus a place worth knowing and certainly a place worth visiting!

As Cyprus is a candidate country bound to join the Schengen Area, Residents of non-EU countries who hold valid multiple-entry Schengen visas must first pass through a full Schengen member territory in order to utilize the visa in Cyprus. The Schengen Visa holder is allowed to travel to Cyprus directly from a Schengen member country without applying for a National Cypriot visa and stay in the Republic of Cyprus for the duration of their Schengen visa.

The above arrangements do not apply for persons holding a Turkish or Azerbaijani passport. If you are affected, please visit the Cyprus Ministry of Foreign Affairs website on how to apply for a Cyprus Visa.

Where Visas are being issued

For the latest information please visit the Ministry of Foreign Affairs website.

Book your flights to the “Neo-Prism-C” online at www.austrian.com and save 15% on all applicable fares!
To do so, simply enter the following code in the eVoucher field on the Austrian homepage booking engine: