We are pleased to welcome you all to the 1st Training Workshop of the Neo-PRISM-C Project, to be held at the University of Jyväskylä, Central Finland, on September 02-05, 2020. We are looking forward to seeing you all in Finland; Please make sure that you register through the website for this wonderful event!

After careful consideration of all parameters regarding the developing COVID-19 international outbreak, the Project Coordinators, in collaboration with the colleagues at the University of Jyväskylä, evaluated all options and decided to postpone the 1st Training Workshop on Methods until  September 2-5,2020. The agenda of the meeting has been revised accordingly.

Our Neo-PRISM-C welcome dinner will take place at the Restaurant & Winebistro Figaro in the Jyväskylä city center.

We will come together and get up to date on the individual research projects. Enjoy some snacks, drinks, and discussion while ESRs present posters outlining their research plans.

We will become familiar with Finnish culture at Savutuvan Apaja – located in Haapaniemi, a small island around 12 km away from the University of Jyväskylä. There we will enjoy a delicious local dinner and experience the relaxing Finnish Sauna tradition. Towels and sauna accessories will be provided and there will be separate saunas for Ladies and Gentlemen. To round up the evening, let’s have a refreshing dip into the lake Päijänne after sauna, bring your bathing suits!

We will close our meeting with a Farewell Party at the Toivolan restaurant on Saturday, 21st of March. Let’s enjoy our last evening with a nice dinner and celebrate our progress, new experiences, and anticipation to our next project meeting in Fall 2020!

Jyväskylä has a wide range of hotels to choose from, from hostels offering budget accommodation to cozy boutique hotels and a number of well-furbished quality hotels. The room rates in Finland are reasonable, and the rates include taxes, a buffet breakfast in hotels, often free WIFI and also the opportunity to use the guest sauna.

The organizers have negotiated special rates for the NeoPrismC 1st Training Workshop on Methods participants in Hotel Alba featured below. Hotel Alba lies close to the seminar venue, Jyväskylä University Campus, and about 15 min walk from the city centre and the railway station/bus station (“Matkakeskus” in Finnish). Please note that there is a limited number of special rate rooms available and bookings are made on the “first booked, first reserved” basis – thus booking well in advance is recommended.

Hotel Alba is a privately owned hotel located on the waterfront of Lake Jyväsjärvi. The rooms have lovely views to the lake or the University campus area, and the breakfast keeps you going for hours. From the porch of Hotel Alba starts 5 km and 10 km routes that circles the lake and provides an ideal opportunity for walks or jogging. The hotel provides free WI-FI and the use of guest sauna on certain hours.

Booking by 17 Feb, use the code: neoprismc:

through the hotel website: www.hotellialba.fi or directly on the booking form

Hotel Alba features a 24 hour front desk, a concierge, and room service, to help make your stay more enjoyable. The property also boasts a sauna and free breakfast. If you are driving to Finlandia Hotel Alba, free parking is available.

Nearby landmarks such as Jyvaskylan satama (0.8 mi) and Kuokkalan silta (0.9 mi) make Finlandia Hotel Alba a great place to stay when visiting Jyväskylä. While in Jyväskylä, you may want to check out some of the restaurants that are a short walk away from Finlandia Hotel Alba, including Figaro Restaurant (0.8 mi), Hualong (0.8 mi), and Le Qulkuri (1.1 mi). If you’re looking for things to do, you can check out Natural History Museum of Central Finland (0.8 mi), Maki-Matin perhepuisto (0.7 mi), or University of Jyvaskyla (0.5 mi). 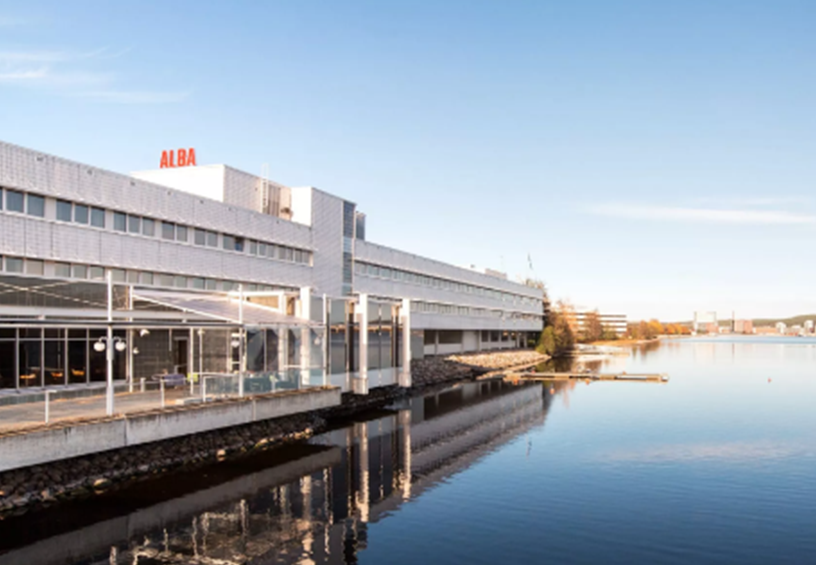 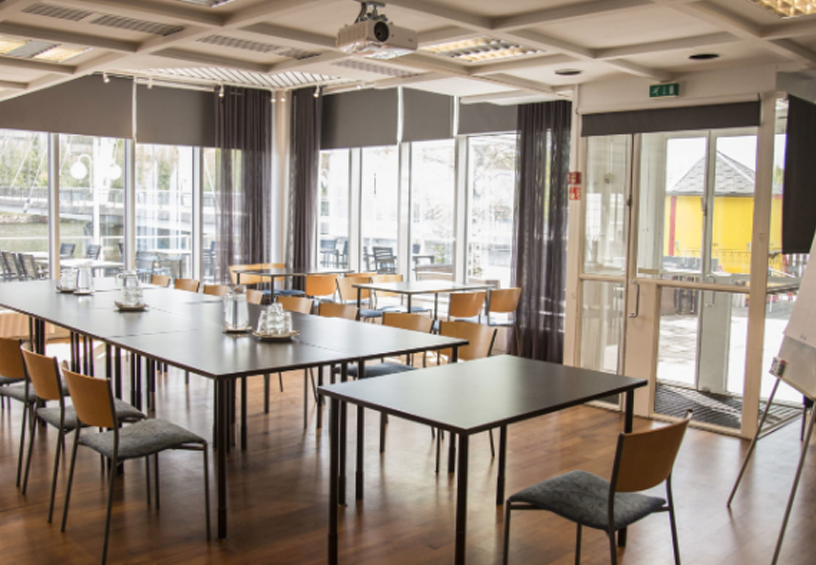 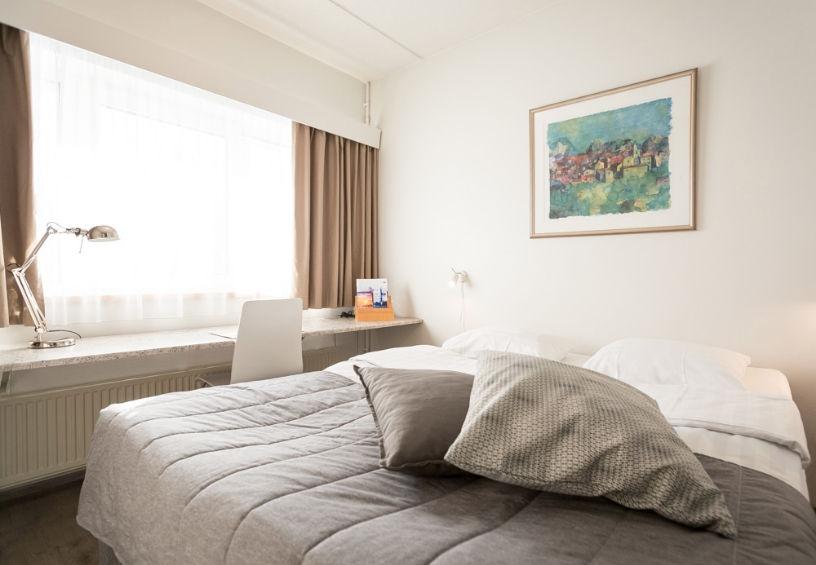 For alternatives, the Visit Jyväskylä and Jyväskylä Regional Tourist Information website is a good place to start.

Finland is the eighth-largest country in Europe and the most sparsely populated country in the European Union. It is a top performer in numerous metrics of national performance, including education, economic competitiveness, civil liberties, quality of life, and human development. Finland is a hidden gem tucked into the far up North, a treasure waiting to be discovered.

Finland is a country of vast green forests, beautiful Baltic Sea islands, windswept arctic fells and thousands of blue lakes. These untouched and beautiful landscapes provide habitat for thousands of wild animals and birds – many of which can be seen on arranged wildlife excursions and bird watching sanctuaries. Finland is often called the Land of a Thousand Lakes. A modest name, considering that there are, in fact, 188 000 lakes in the country. As many of these lakes are very large in size, a great part of Finland is covered in water – making Finland distinguishably different from other European countries.

One of the most remarkable features of Finland is light. When the endless sunshine of summer gives way to dark winter, the Northern Lights appear like magic and lighten up the sky. The further north you go, the greater the chances of spotting the Aurora Borealis – in Finnish Lapland they can appear on 200 nights a year. In Helsinki and the south, Aurora can be seen on roughly 20 nights a winter, away from city lights.

Sauna forms a great part of our country’s heritage and culture. It is estimated that there are over two million saunas in Finland. For a population of 5.3 million, this equals to an average of one per household – there’s even one inside the parliament. There are many traditions and practices concerning the sauna experience, but the most important one for the Finns is to relax, purifying both body and mind.

Welcoming everyone to the heart of the Finnish Lakeland, Jvyäskylä!

Jyväskylä is the largest city in the region of Central Finland and on the Finnish Lakeland. Elias Lönnrot, the compiler of the Finnish national epic, the Kalevala, gave the city the nickname “Athens of Finland”. This nickname refers to the major role of Jyväskylä as an educational centre.

Jyväskylä is located about 270km north from Helsinki, on the shore of Finland´s second largest lake, Päijänne. At the time of arrival, the surrounding nature with its lakes and forests will appear as a frozen winter wonderland.

The city itself is known for its young and sportive vibe, being the capital of sport and physical activity of Finland and having an approximate of 42000 students in her population of 142.000. Due to its compact city structure, Jyväskylä is easy to explore by foot or bike.

Culturally the city has a lot to offer, about 28 buildings in the region of Jyväskylä are designed by world-famous architect Alvar Aalto. The loss of sunshine is made up by with Jyväskylä being the leader in urban lightning for about 20 years. As the night falls, the Vesilinna tower at Harju, Kuokkala bridge and the rest of the some 100 permanently lit objects make the city glow.

In March in Jyväskylä average temperature is between -5° to -10°C.

Read more about these places and how to visit them here https://visitjyvaskyla.fi/en

Jyväskylä has an airport, located about 20 km north from the city. Flights come in from Helsinki. It takes about 20 mins by taxi to reach the city center from the airport. There are no public transport connections between the airport and the center.

The flights between Helsinki and Jyväskylä are operated by Finnair. For further info, visit www.finnair.com.

Jyväskylä can also be reached from Helsinki by train or bus. Depending on the line, the travel time could take between 3 hours and 4 hours. Both modes of transportation arrive to the Travel Centre (Matkakeskus) of Jyväskylä.

Travelling from Helsinki airport to Jyväskylä by train requires at least one change (through Tikkurila) but the cities are well connected with a regular schedule. Tickets can be purchased online https://www.vr.fi/en  Choose Helsinki Airport as your origin.

Matkahuolto, the finnish national bus company, offers buses between Helsinki and Jyväskylä. These are always direct connections, but to take them, you need to go to the center of Helsinki (the buses start from Kamppi – https://www.kamppi.fi/en).

For prices and further info on the bus schedule visit: https://www.matkahuolto.fi/en

Another alternative is to fly to Tampere. There are direct flights to Tampere from Copenhagen, Stockholm, London, Frankfurt/Hahn, Riga, Berlin, Liverpool and Dublin. Transfer from the airport to Tampere city centre takes less than half an hour. Jyväskylä can then easily be reached by train from Tampere in approximately one and a half hours.

Even if you did not need a visa to visit Finland, you need a valid passport or some other travel document accepted by Finland. It must be valid for at least ninety days after your intended date of departure from the Schengen area. In addition, the passport or other travel document must have been issued no later than ten years ago. In case you do not need a visa, you can stay in Finland or in the territory of other Schengen state for ninety days in any 180-day period (Finland is a Schengen member state).

The Ministry for Foreign Affairs is responsible for visas